Head swimming coach, Dr. Rick Creed, has been coaching high school swimming for 29 years. Before teaching and coaching at Mill Creek, Coach Creed had also coached at Parkview High School for 13 years. Coach Creed has earned his Ph.D. in Mathematics Education from Georgia State University and received his National Board Certification in Adolescence/Young Adult Mathematics.  Coach Creed started his high school teaching career in 1981. He taught mathematics and coached swimming, football, and baseball from 1981-1984 at Redan High School and from 1986-1991 at Stone Mountain High School. From 1984-1986 he attended the University of Montana where he earned his Masters Degree in Mathematics Education. In Montana, he was a graduate assistant in the University of Montana's Mathematics Department. He also found time to coach both USA and high school swimming during his stay in Missoula, Montana. He went to high school at Towers High in DeKalb County, where he held the school record in the 100 breaststroke. He continued to be a standout swimmer at Georgia State, where he held the school record in the 200 breaststroke. He served one year as an assistant coach at GSU after graduation. He was named captain of his college team his junior year. Coach Creed is a former President of the Georgia High School Swim Coaches' Association and was the 2002 Parkview and Gwinnett County Teacher-of-the-Year. Coach Creed was also named the 2002 National High School Boys Swimming Coach of the Year.

His and his teams' honors include:

Heidi Creed, Coach Rick Creed's wife, is a retired Gwinnett County teacher. She has also coached USA swimming, and she swam for Ohio University and coached and trained under Frank Keefe with the Yale Bulldog Swim Club in CT. Heidi and Rick have coached summer league swimming together since 1986. They have two daughters, Marlie and Sommers, who are both swimmers, of course! Marlie graduated from Georgia Tech. Sommers graduated from University of Georgia.

Growing up swimming for Hanarry Swim and Racquet Club in Lilburn, Coach Christopher fell in love with the sport and continued swimming at Parkview High School. Coach Christopher swam at the state meet all four years and was a part of multiple A-relays at Parkview. After graduating from University of Georgia, Coach Christopher accepted a job teaching economics and coaching under Coach Creed at Mill Creek. Along with assistant coaching at Mill Creek for three years, she has served as head coach for Hanarry, senior assistant at Wild Timber Team Extreme, and assistant coach at Chateau Elan. Coach Christopher specializes in sprint freestyle, dryland workouts, and getting the most effort out of the student-athlete. She is looking forward to another great season with the Hawks Swim & Dive Team.

Your Shopping Cart is empty 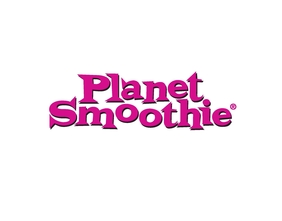 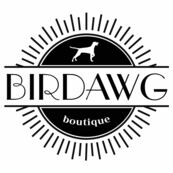